I am completely obsessed with this Sigur Rós 24hr Live Stream!

I had no idea it was even happening until a friend of mine sent me a link while I was at work. I think it was only about an hour into the trip when I started to watch. I had to work late so I just left it playing while I worked. You might think it would be weird or boring, but its really quite hypnotic and it works a specific part of my brain perfectly. Eventually, I saw so many breathtaking sights and stunning landscapes that I became a bit obsessed with trying to figure out where they were on the map. At the time there were no maps to follow. (They have since added one)

Eventually I read which direction they were traveling in so at least I had a place to start. The next time I saw something I thought I could find again, like a town or unique bridge or something, I fired up the Google street view and started my tracking. I got lost doing this for at least an hour or two. 🙂 (I’m so weird)

Eventually I recognized something I had seen on the feed so I felt I was getting close. Of course, I was popping tabs left and right for areas, hotels and attractions I was seeing along the way. It quite quickly became a travelogue. Probably the best unintended tourism campaign. (or possibly intended) Somehow I got ahead of them a bit, but waited at something I wouldn’t miss them pass and soon after I did actually manage to find them! After that I followed along for a bit, picking back up on the map here and there.

Ive been talking about going to Iceland for at least the last 15 years, but lately I’ve been feeling that the time is almost here to do it. This is certainly helping that cause.

I like the few times I caught them take a tiny detour into a parking lot, an overlook or just a stop somewhere random for a couple minutes. The last time, right before writing this, they pulled into a gas station parking lot and I was noticing a bunch of people pulling over to look, or taking pics of the vehicle and then of course this happened: 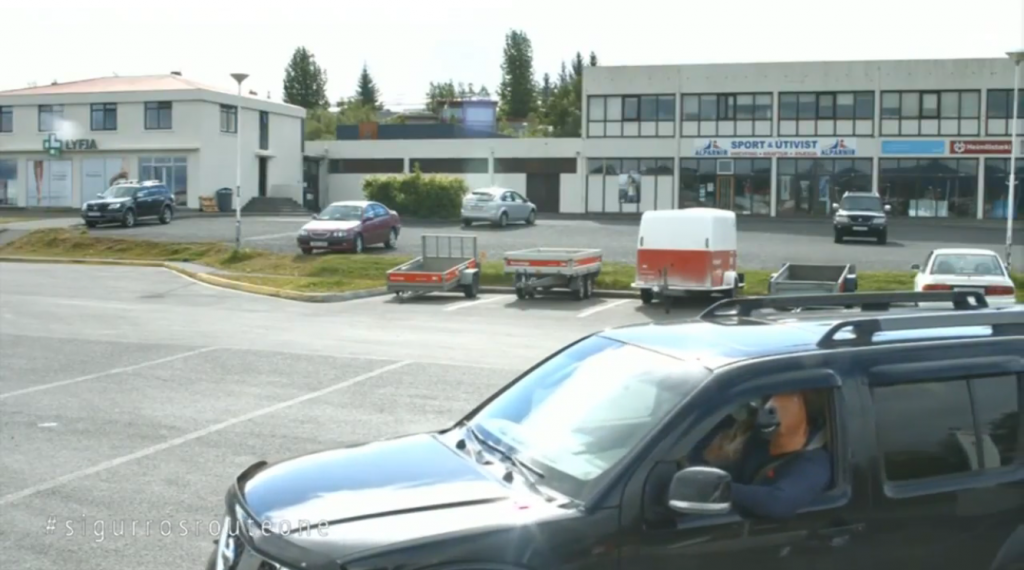 Yep. A horse drove by!  Sometimes the internet is awesome.

A few minutes later they moved across the street and parked with this lovely view. 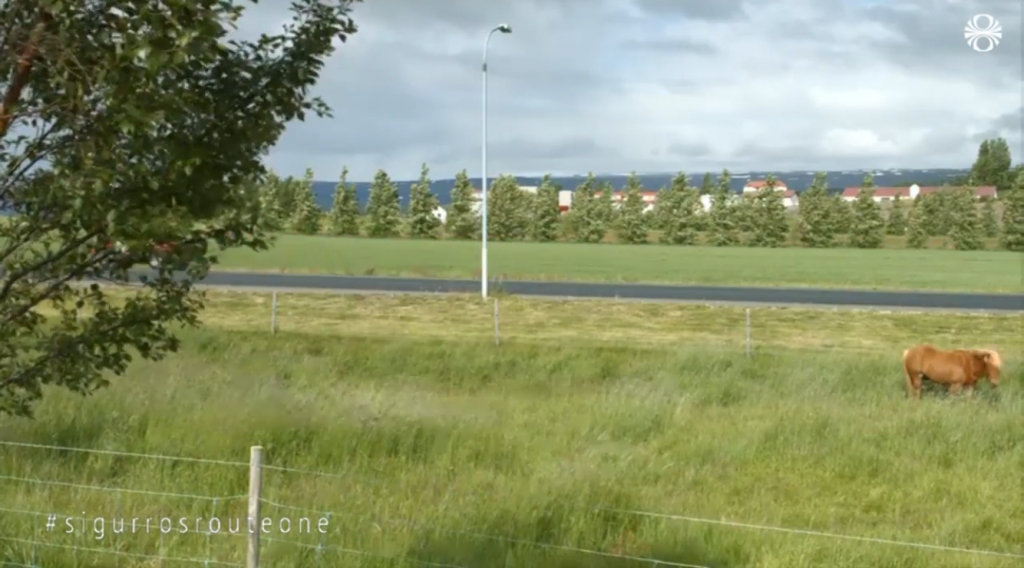 Its been there awhile so its either nap time or maybe a meal? A break of some sort is happening none the less, which is perfect timing really, as I too need to sleep.

I’ve probably watched at least 8hrs of this already. I can’t wait to see where I pick it back up tomorrow.