By the time my flight landed, I made it through customs and rode the tube in from Heathrow (which takes the better part of an hour) I got to my hotel at around 730p. I decided to stay in Vauxhall, in London’s South Bank, not only because it was the cheapest place I could find with the amenities I wanted but also because Vauxhall was where I lived for a couple of months last year. In fact my hotel was directly across the street from the massive complex I lived in. Its also in the bus station which is not the classiest of locations, but at least it is super convenient for transport. Besides, I knew my way everywhere from there.

Once I checked in and took a few minutes to cool down the sun was just setting. I was getting to that fine line where I was either staying in or I needed to get outside immediately. So I decided I should maximize what time I had there and at least take a walk along the South Bank’s river walk (aka The Queen’s Walk) and say hello to London. It is something I always liked doing in the evenings anyway. You can walk forever, see a lot of sights and the people watching is great.

As I began to walk and met up with a path I’ve walked a hundred times before it felt like I had just walked there the other day. I passed the bar on a boat that is permanently moored to the side of the Thames. A short way further I noticed in the high rise across the street the boarded up windows of the apartment that had a fire last summer. I was surprised to see it still in that state. Seems like an oddly long time to not have fixed that apartment, but in not doing so it also added to the delusion that no time had passed. On it went passing these markers and I found all kinds of things racing through my mind. All of them reactions to what was an awesome time and a potential turning point/reset in my life, that ended quicker than hoped and failed to become the change it had the potential to be. It was definitely a far more complicated set of emotions than I was expecting. I could almost feel the tears coming. Mercifully this emotional flood was relatively short lived. The closer I got to Westminster Bridge and the London Eye, the more people there were and the more I was distracted. 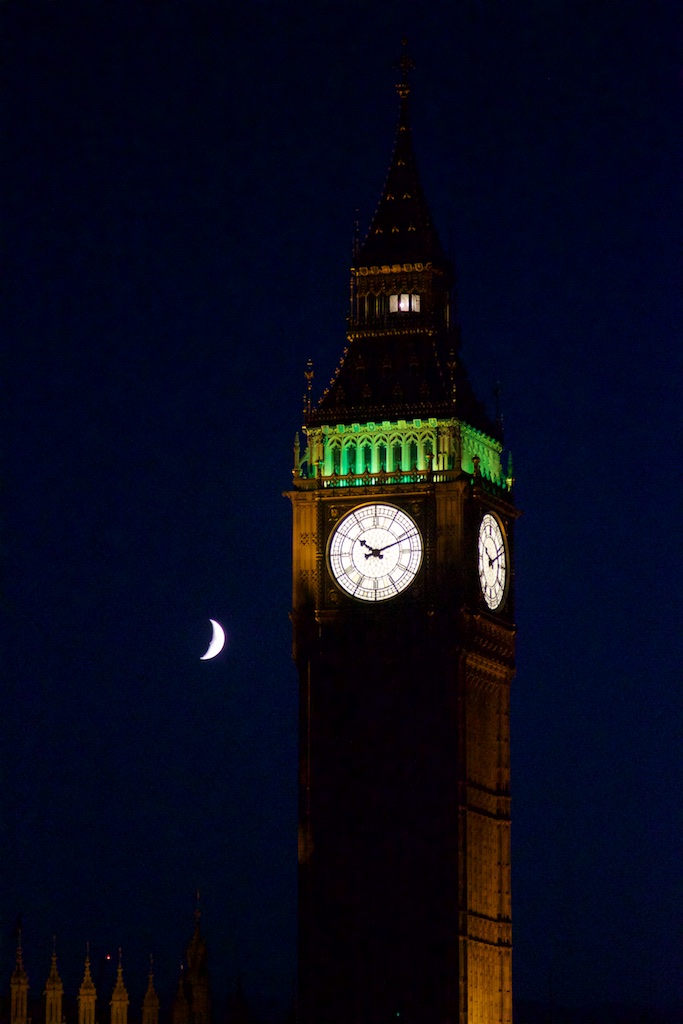 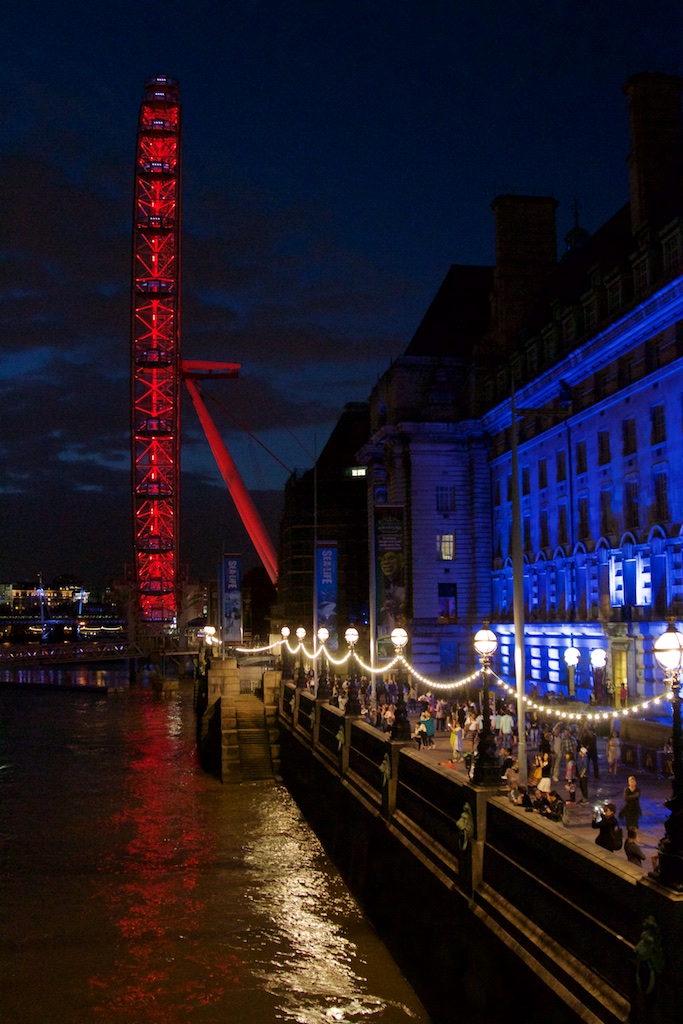 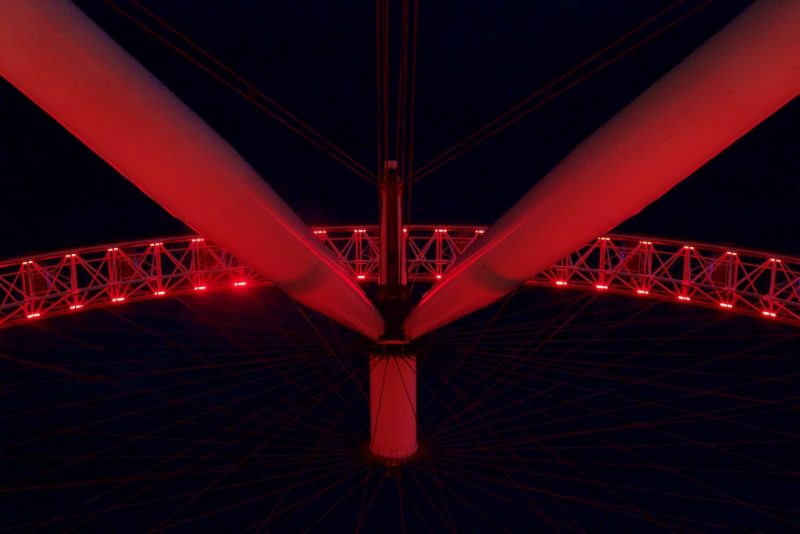 On I went past the Golden Jubilee Bridges and their cool lights, past the Southbank Centre, the skatepark, the BFI, the National Theatre, each landmark spurring me on to the next. I walked for hours. 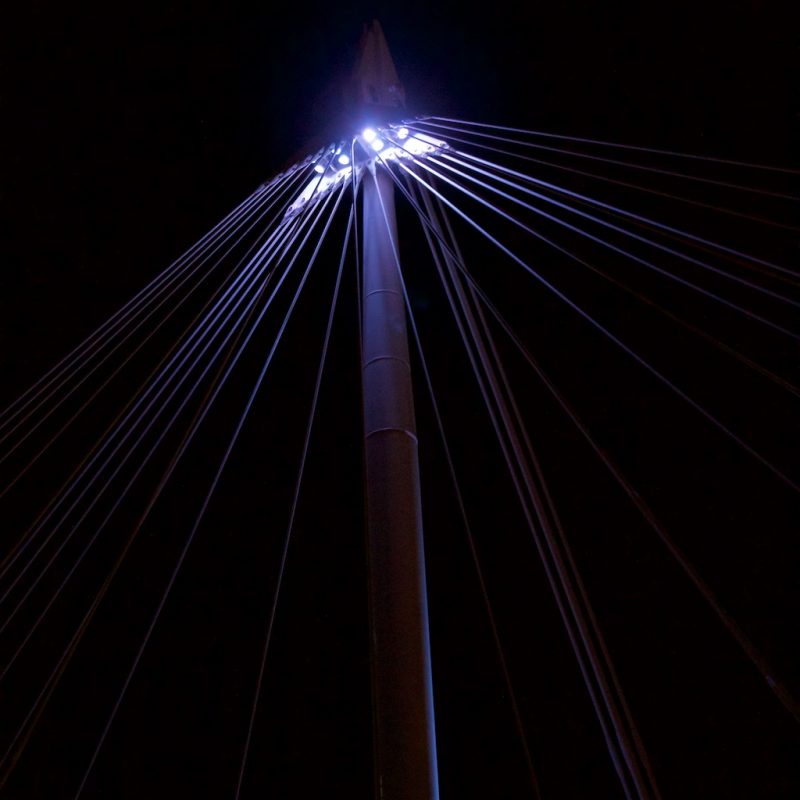 Once I made it to the OXO tower I was starting to debate turning around. My feet were really starting to hurt due to my brilliant idea to bring mostly brand new shoes on this trip (which in the coming days fulfilled their nightmare destiny). It was also starting to get late, but I also knew it really wasn’t that far to the Tate Modern, Shakespeare’s Globe Theatre and the Millennium Bridge. What can I say I love my night walking, so on I went. 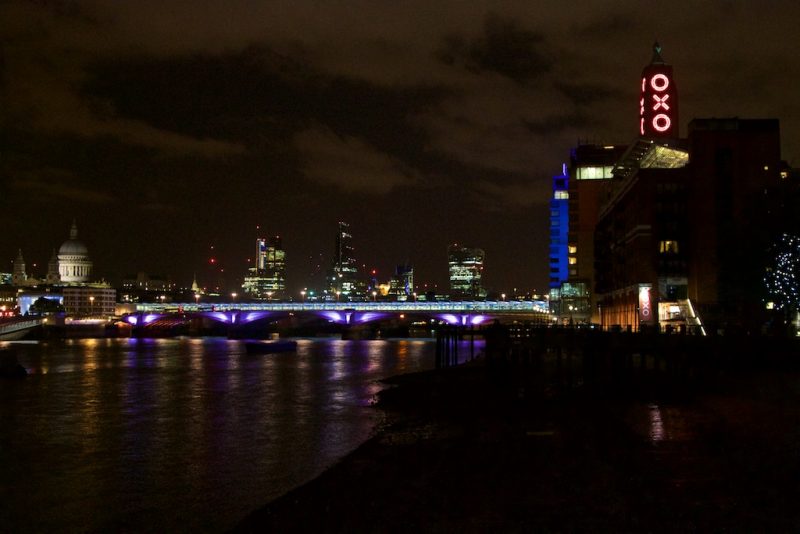 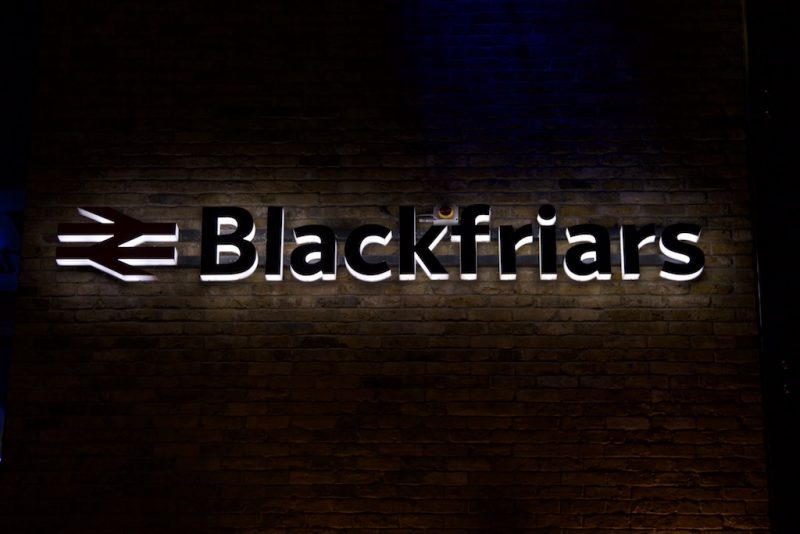 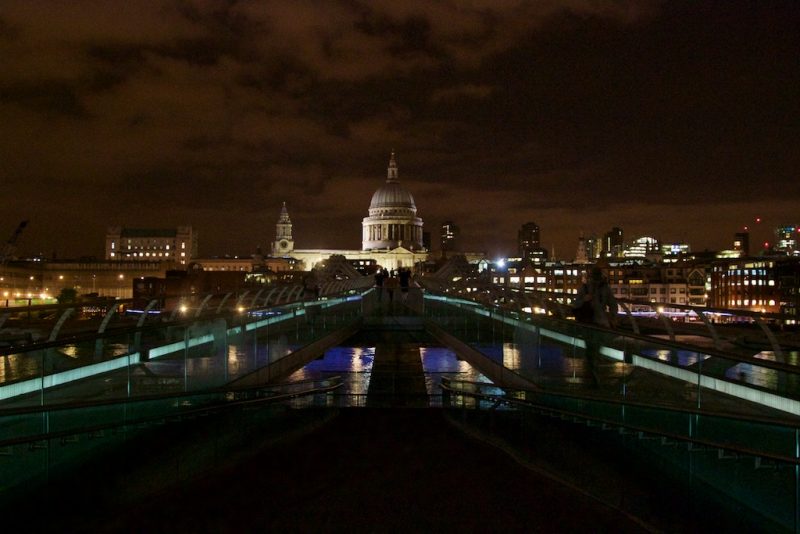 As I approached a pub called Anchor Bankside I remembered that the path was going to cut inward from the river for a bit, which seemed like a natural breaking point to finally turn around. In the final feet of my poking around I glanced up the street to my right and saw a tunnel lit up in blue lights. This sparked a memory of one night last summer when my brother and I stopped at a pub next to Borough Market for a pint. I remembered seeing a blue lit tunnel that night (and might have had this same debate in my head then). I wondered if it was the same tunnel so I needed to go just a little further to see if these two parts of the map in my brain actually connected there. It was and they did! Damn.

Turns out I had been walking right past this connection the whole time. Had I known, I might have made it to Borough Market more than the once. Of course this time was no better as it was well past closing time for everything around there. 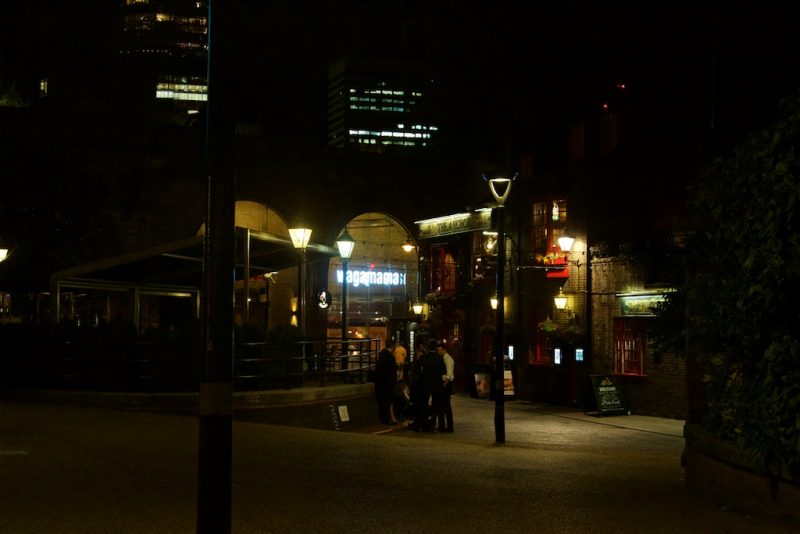 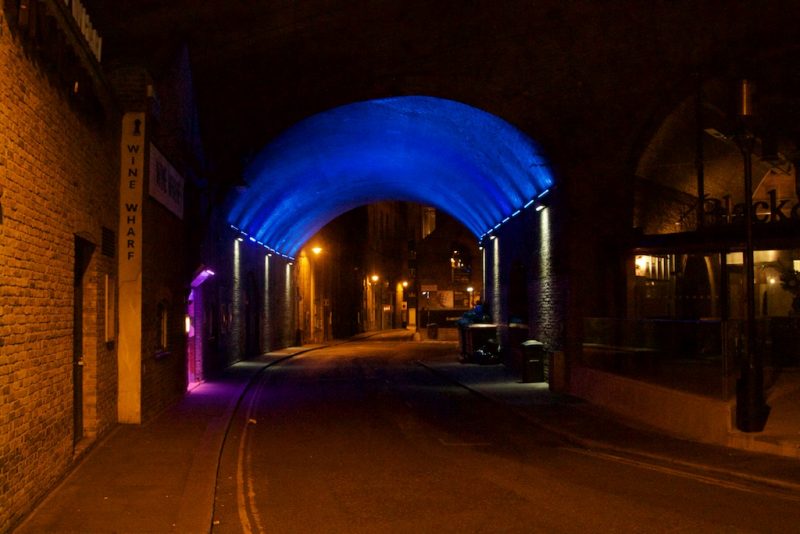 At this point, the thought of walking all the way back was really unappealing, especially with the feet hurting. Luckily I knew there was a bike share station nearby. The bike share in London is great. I love riding bikes in London, especially at night when there is little traffic. Riding them down the river walk is especially fun. I don’t think you are supposed to do it, but at that time of night there are very few people walking around so you can get away with it. Getting back to the hotel took less than 30 min which was a lot less than the 2.5 hour stroll it took to get where I was.

All in all it was a great walk and a nice, if not emotional, reacquaintance with the city.

My walk in map form: